Country and People an Exhibition of Contemporary Works by Monica Bridge

This exhibition is a collection of Contemporary Aboriginal Works that focus country and people.
Monica uses art as a tool for understanding emotions and for self-expression. She experiments with different shapes, lines, and symbols to reflect her connection to country and love for nature.

Monica is passionate about sharing her  culture and increasing awareness about Aboriginal culture, history, and perspectives. Through creative practice she has connected people to culture though workshops in preschools, primary schools, high schools and with community groups.

Talk to Monica about a commission. 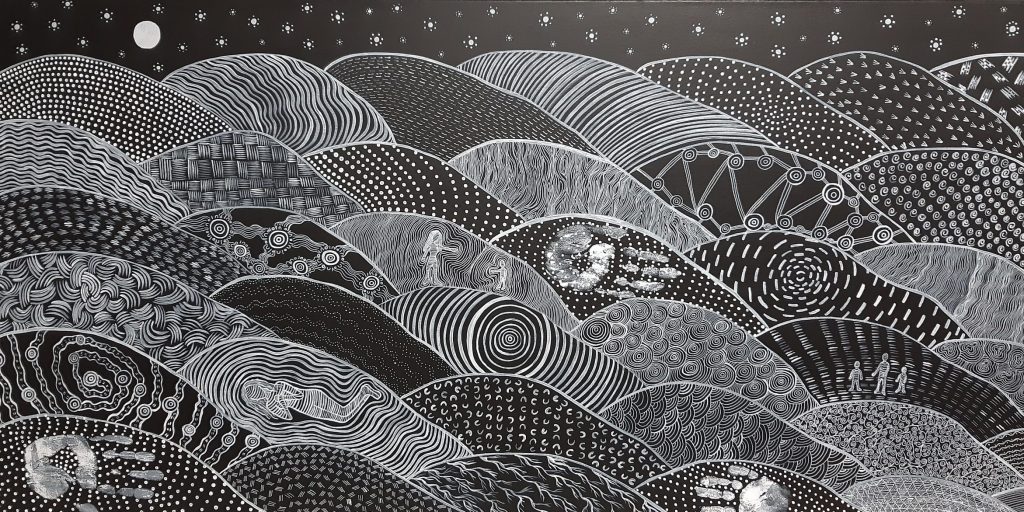 This painting tells the painful story of Australia’s past and the effects it has had on the present. Before invasion, Aboriginal people had a strong connection to country, strong kinship systems, strong identity and were strong in language. Aboriginal people cared for the land, waterways, and animals.

They had lore, ceremony, ways of being and belonging. Stories were shared and passed down through generations, through dance, art and oral story telling.

There are many people from the stolen generation still trying to find their families. Many languages, stories and ceremonial practices have been lost. Aboriginal people are still trying to heal and recover from the things that have happened in the past. This will take time, understanding and working together. 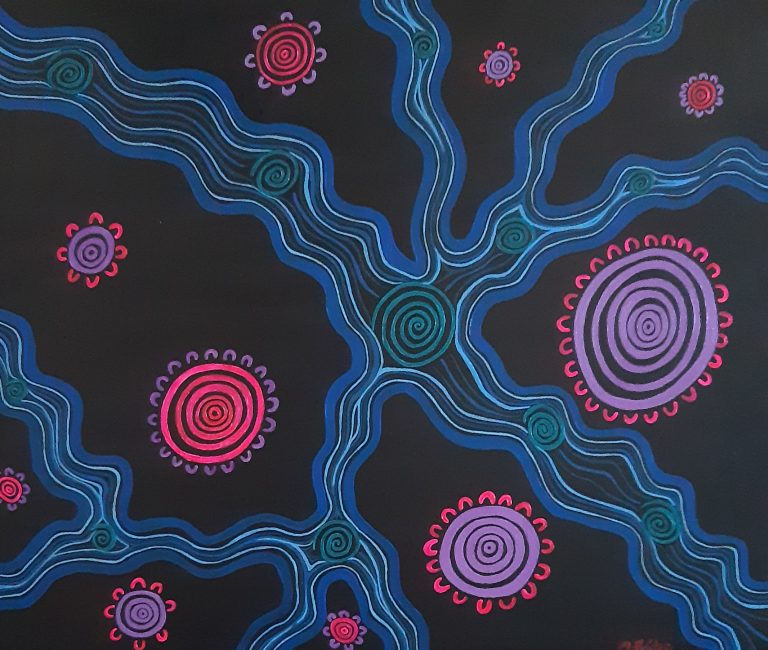 This work represents the importance of sisterhood and women’s business. Women have always come together for ceremony, for celebration and for support. We learn from each other, sharing our stories and wisdom. This has always been and will continue to be. The rivers represent life and are special places. They hold significance as a place to come together, a source of food and water, and can be a space for ritual, ceremony, and birthing. 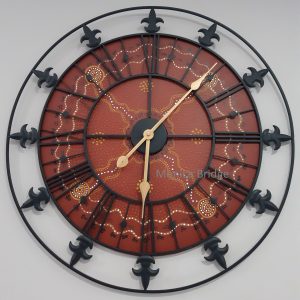 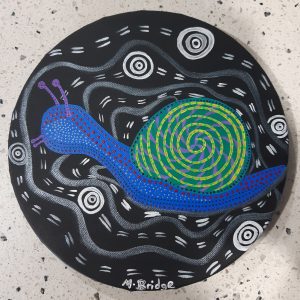 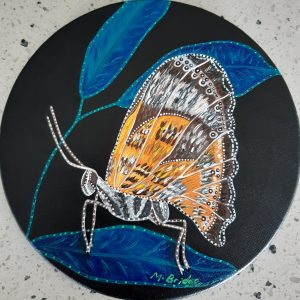 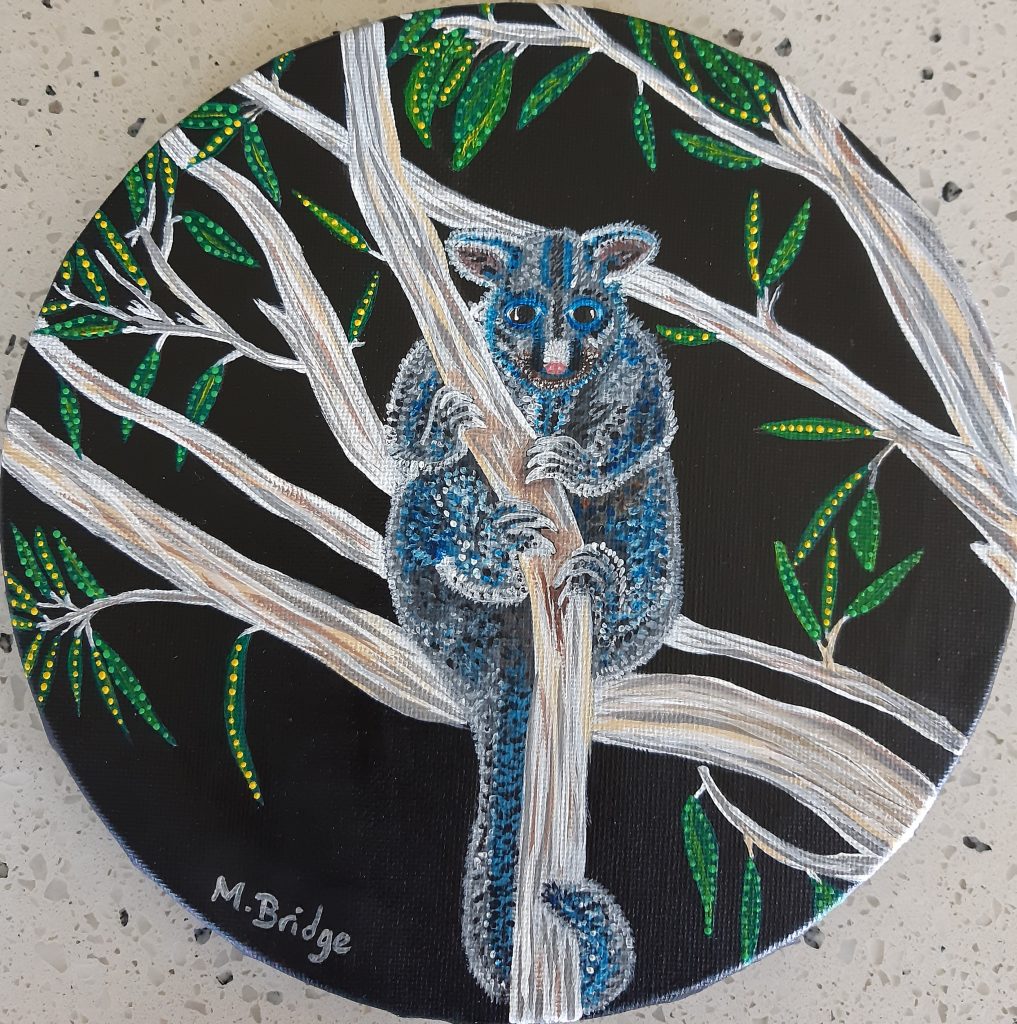 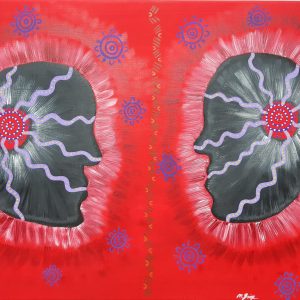 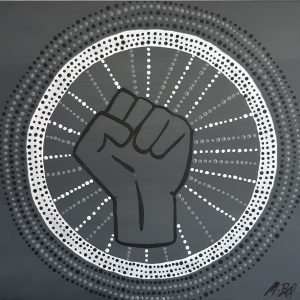 (PRINT ONLY FOR SALE) 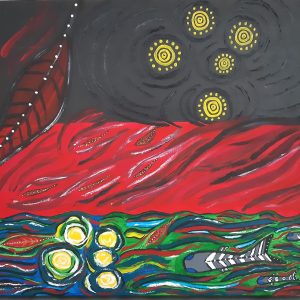 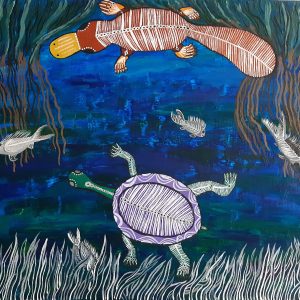 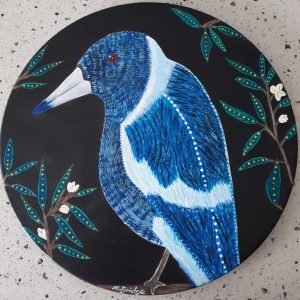 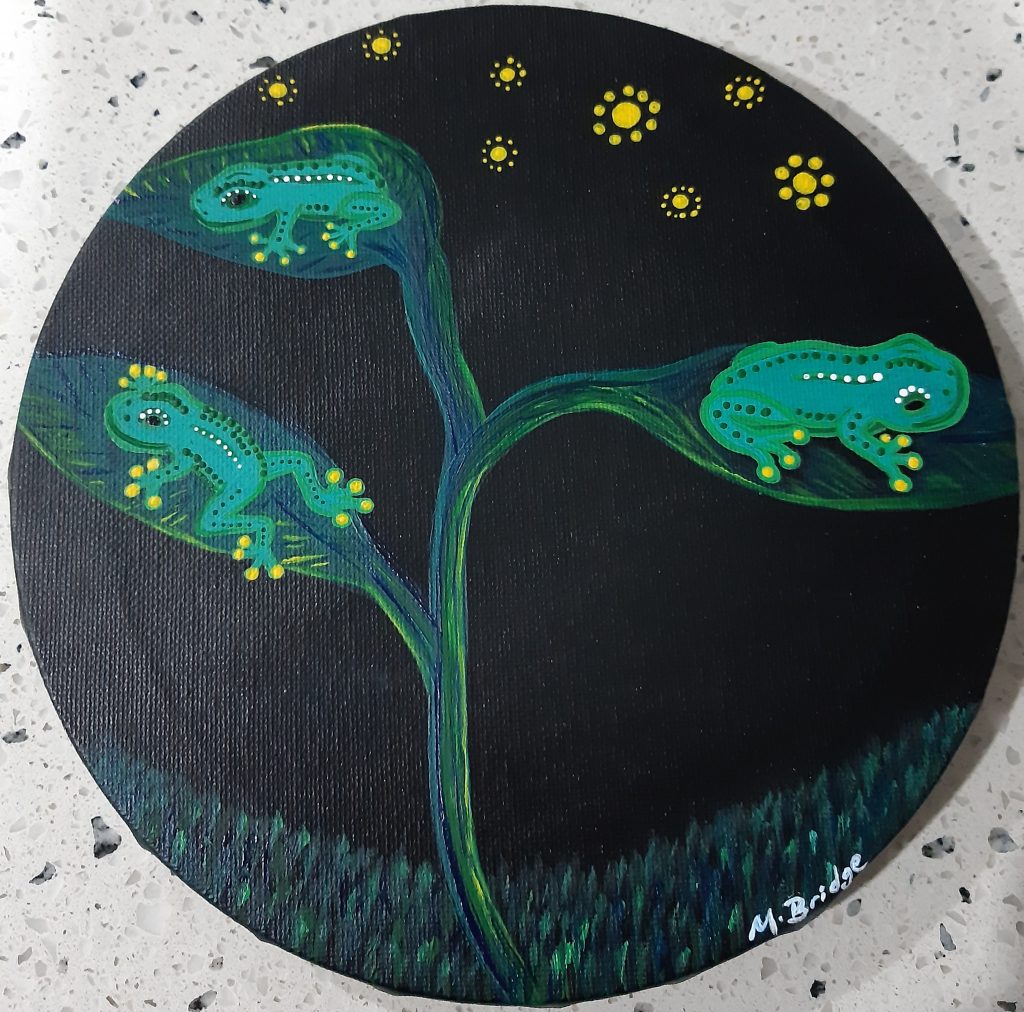 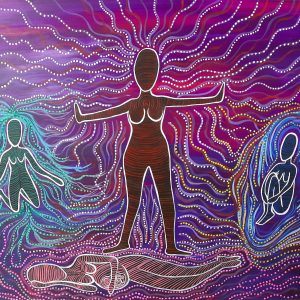 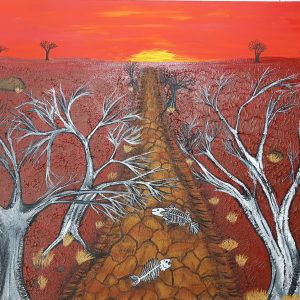 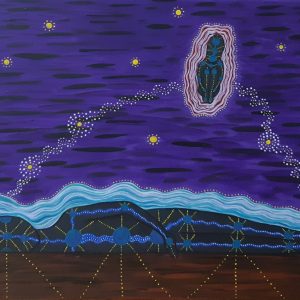 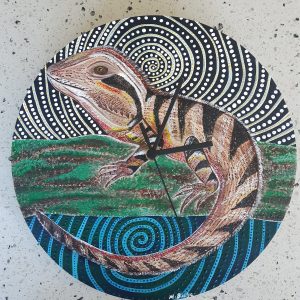 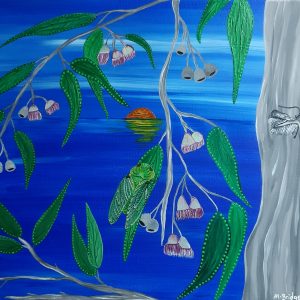 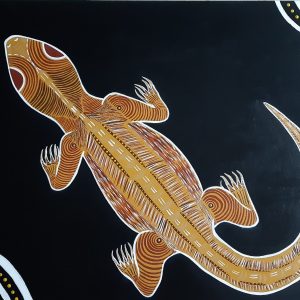 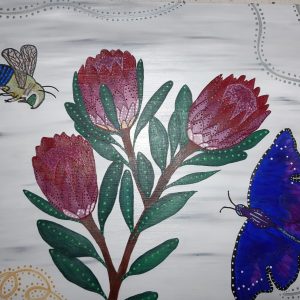 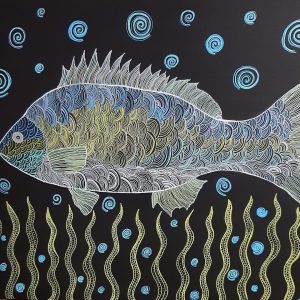 This project was proudly supported by the Goulburn Mulwaree Trust.