Stories from the Studio: Mariah K 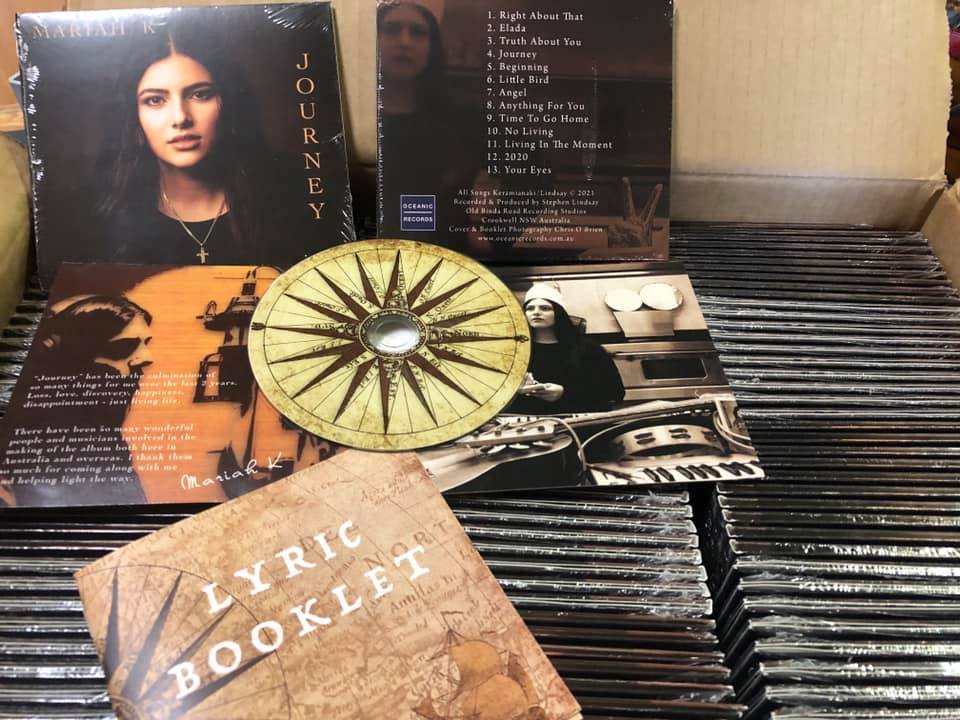 STA have been awaiting the release of a new CD from Mariah K. The talented young singer songwriter and musician from Upper Lachlan talked to us this week about the launch of ‘Journey’ her debut album which she recorded locally at Old Binda Rd studio.

Mariah is a headline performer tomorrow at the Celebrate our Streets event on Goulburn Street, Crookwell this Saturday between midday and 2pm. STA will be there as well for the music and to run a creative badge making workshop. What a great day to be in Crookwell.

“I was a bit apprehensive at the prospect of having to approach a big studio in a major city to record her songs but then I became aware of Old Binda Rd studios in Crookwell.”

“I had heard about Steve Lindsay from Old Binda Rd and I started to think “maybe I could record my songs here” and it grew from that.”

“Starting out, I didn’t really know much about how to write a song … and I probably still don’t … but having Steve to assist in the studio, he’s been a bit of a mentor and role model for me and he has provided a lot of ideas along the way,” she said. “I think I’m growing as a musician through this process, and I think the growth shows in the songs from when I started to now.”

Read an interview with Mariah in the Greek City Time