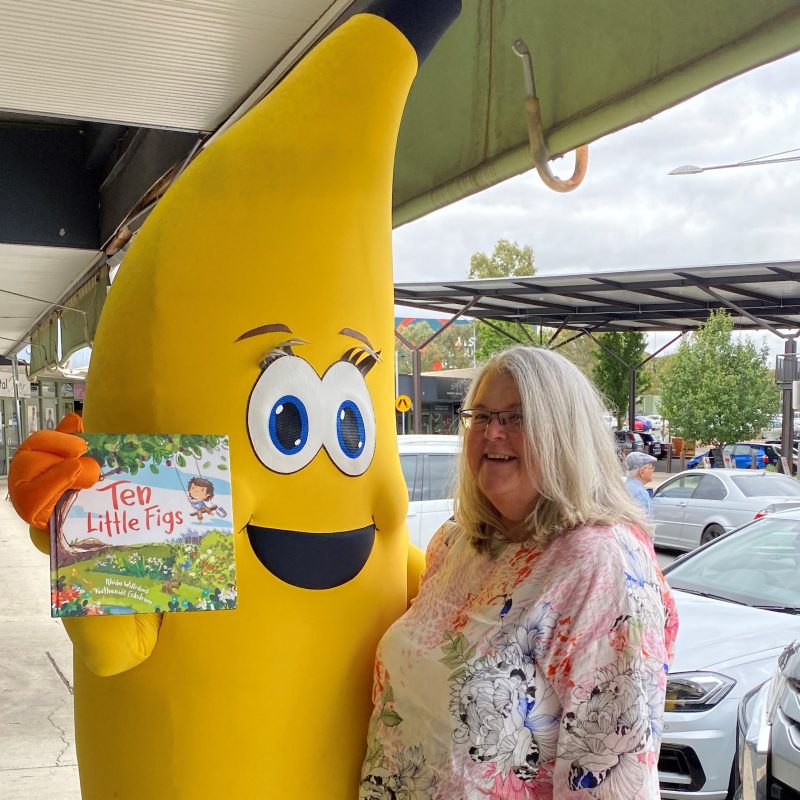 This Week we caught up with Rhiân Williams to talk about writing children’s stories, singing sea shanties and her goal of helping to develop a free Auslan Storytime library.

This summer I have been visiting books shops and signing copies of Ten Little Figs. This has been heaps of fun because it’s been my first chance to do anything since the book came out in the middle of lockdown. My kitchen bench has been a production line of books and lolly bags. One event was at Bookpassion the great, independent bookshop where I used to work at the Belconnen Markets. And it turns out even bananas love figs!

I am also a singer and love singing sea shanties. Shanties are having a moment of glory since Nathan Evans, a postman from Scotland, posted a TikTok video that went viral. Nathan has just reached Number 1 on the British charts and been offered a recording contract – proving shanties rock!  All the interest in shanties meant the crew I sing with Canberra Shanty Club, was invited to sing on ABC Canberra. Check out the ABC Radio feature here.

And lastly keep an eye out for my next book – Emergency Emergency – Vehicles to the Rescue – due out later this year!

See more from Rhiân, or be the first to know about her upcoming release and author signings on her website or follow Gidi the dog on instagram @thedogandthebook. You can listen to Rhiân talk about Ten Little Figs in this ABC Radio feature. 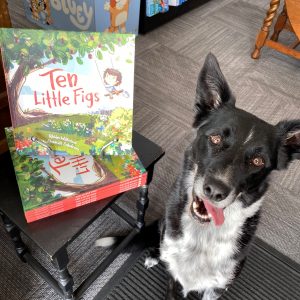 Ten Little Figs is highly recommended reading by Gidi and available online or at all good bookstores. 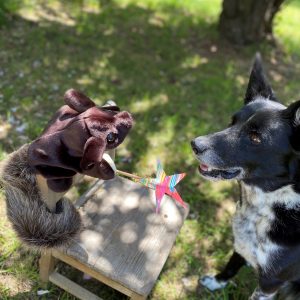 Gidi and the Flying Fox

Canberra Shanty Club is a community singing group that meets fortnightly to sing our favourite sea shanties and folk songs.