This week’s offering is a sneak peak ahead of the grand opening of Mental Bowral. STA met up with Sergei Netchaef owner of Mental to chat about the new gallery and arts hub.

We opened Mental for the first time just 3 days after initial forced closures in March. Like many – if at all possible, we have had to really reshape what Mental was doing as a result of covid if we wanted to open again. We’ve established a residency program, music and digital content studios and focusing on what that means. There is a whole new configuration inside the space. We’re looking forward to getting the doors open and engaging with the community again.

There are some really exciting projects coming up involving different aspects of the arts; projection, streaming, animation and film-making, things like that, both in the studio and out in the public environment – these are things we weren’t looking at so much before the changes. It’s an interesting thing for the arts to consider a new kind of audience as a result of social distancing measures – one we perhaps won’t see directly as we have in the past. It’s a big aspect of the art itself really, the audience. When I make a piece of dance music now, I wonder where it is going – where will the song find a dance floor anymore – across the world even? It makes me consider what I’m doing differently. The ways we are connecting are shifting and there will be a lot more change, more to emerge. I also think there are a lot of stories that are needing to be told in the community at the moment – and hopefully we keep finding ways for the arts to support that.

The video is just as I was instructed – it’s what has been happening inside the studio. It’s some of the people, things, artists, gear and music that is Mental, today. Well, over about 3 days. It’s also a little piece of art, because that’s the process we are interested in. Thank you to Lukey Aora, the video features an original track being produced at Mental for the upcoming compilation of new music from the region. It’s called New Colours. You can connect with mental on Facebook, Instagram, website and via email.

STA are thrilled to be part of Mental’s official opening this Saturday the 18th of July. A range of interesting things are planned as you would expect from this innovative crew of fab creatives.  STA staff will be in the thick of the action hosting a creative making activity for all ages. Hope to see you there. 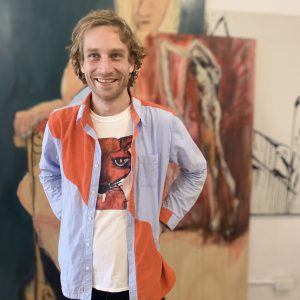 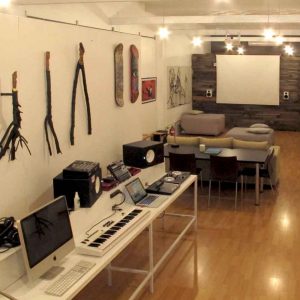